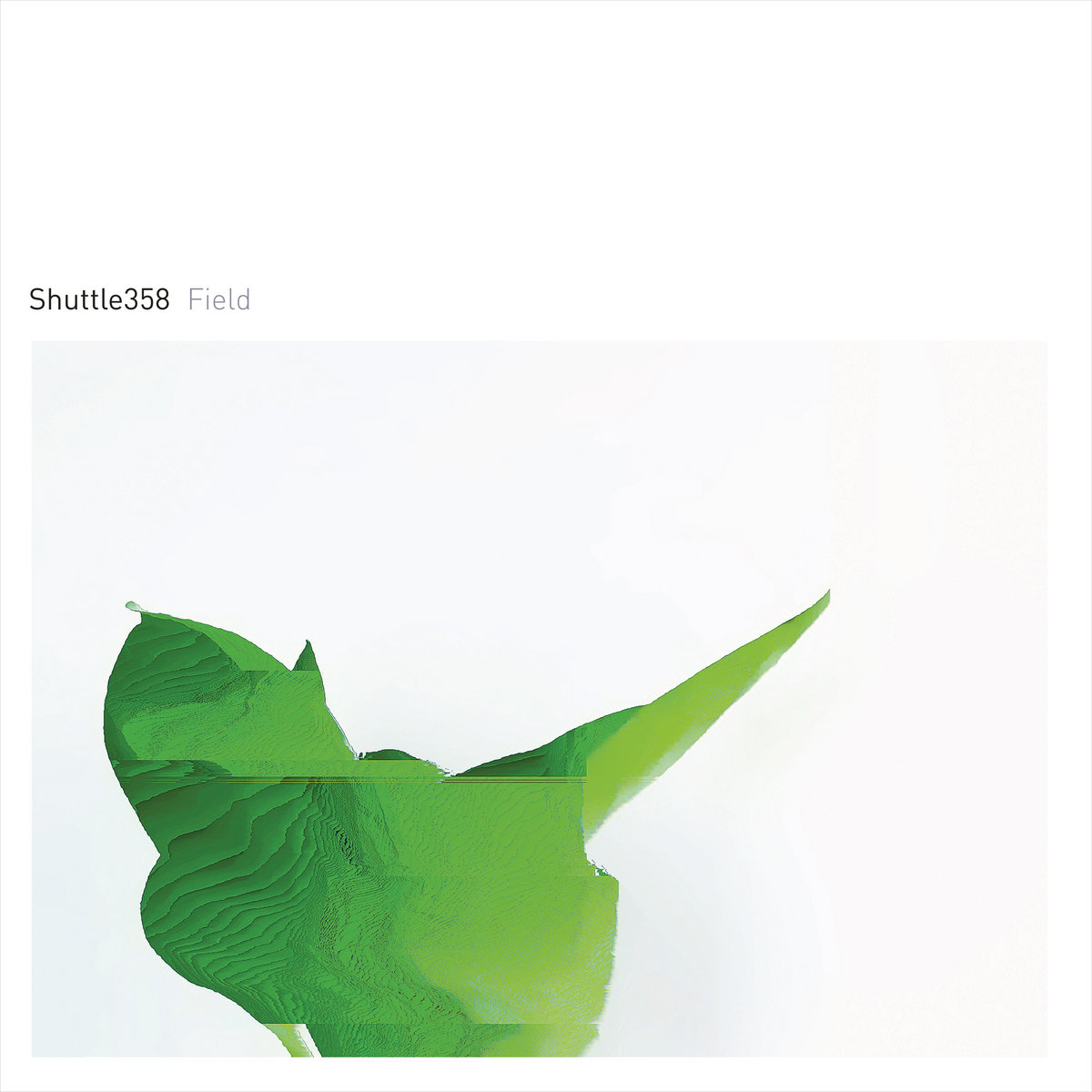 Dan Abrams’ Shuttle358 project was one of the first things I heard on 12k, way back in 2000 when his second album Frame was released by the fledgling label. It was a brave new world at the time, a turn of the millennium zeitgeist of minimalism and a focus on new forms, sounds, textures, and techniques using primarily software and digital signal processing. Frame fit neatly into the framework of 12k’s earliest
ethos, wherein both 12k and LINE were two sides of the same coin; LINE simply felt like the more severe, purer version of the minimalist instincts of early 12k releases. Despite a return to the project in 2015, when Abrams released Can You Prove I Was Born (once more on 12k), I hadn’t heard anything in many years, going all the way back to his 2002 album Understanding Wildlife for Mille Plateaux. Over 15 years later, I was keen on hearing where Abrams would focus his attention and how his music may have evolved or changed in the intervening years. In some ways, Field feels both like he’s picked up where he left off as well as a lateral move toward something slightly different. His same techniques of cut-and-paste drones and atmospheres come through clearly on much of Field, but it feels more restless than some of his more pastoral releases.

Much like listeners of those minimal albums of yore may want more from their experimental and minimal ambient music, Abrams seems reluctant to get too complacent in the serenity that touches many of Field’s various tracks. Instead, that beauty is worked within and around numerous quiet elements, and the results come in the form of more patiently unfolding tracks like “edule,” whose twitchy rhythmic patterns complement an even swath of drones and whose sinewy lead flirts with listeners’ ears. It’s the same fidgetiness that makes opener “star” feel both like an overture and a palate cleanser, setting different expectations for the odd adventures to follow. Somehow its cover art makes perfect sense given its title track’s crinkling, origami-like-but-not-really structures and textures, feeling just this side of “not-real” while undulating and layering in unpredictable ways. The same nervous twitch can be heard on “divide” and brief interlude “dilate,” but there are more serene moments in the mix as well. “sea” has the quiet lull of its namesake, even as little details sound in the distance, while “waves” and “blue” seem to split the difference. It’s a cool step forward for the project soundwise, never too comfortable in its own amorphous skin but still occasionally tapping into moments of true beauty.