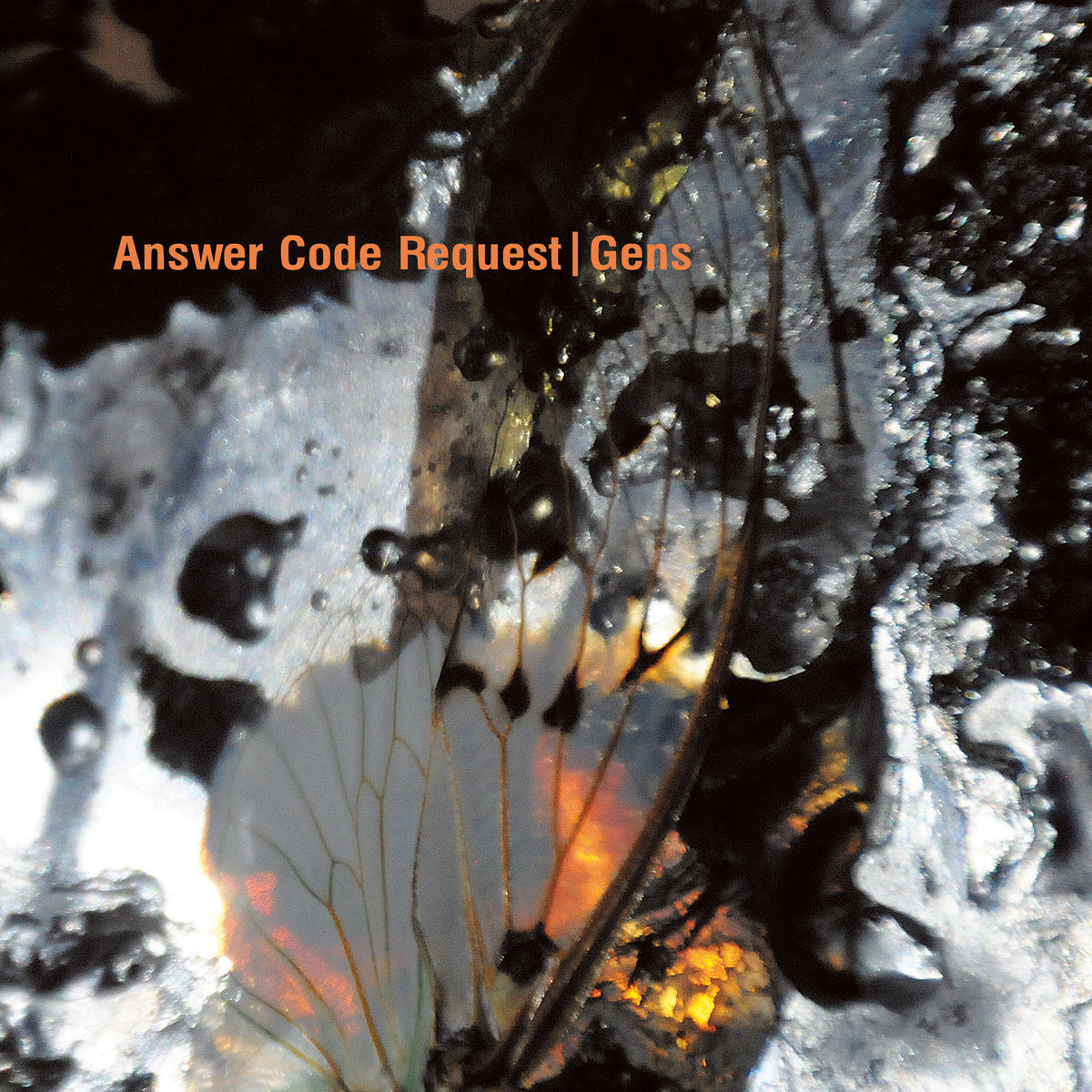 Patrick Gräser has released a new album as Answer Code Request on esteemed Berlin label Ostgut Ton, arriving four years after his full-length debut for the imprint, Code. It’s been in heavy rotation for weeks, a definite contender for album of the year around these parts. At face value, Gens feels like a natural extension of Code. And yet there is something about Gens that feels more insular, more intimate. Gräser still very much embraces dance music’s storied past with nods to early 90s Warp, classic IDM, and even vintage rave culture, but somehow Gens seems one step further removed from the dancefloor, even as some of its cuts would be perfectly compatible for a more adventurous set. Consider one of
Gens’ leading preview cuts, “Ab Intus,” whose rhythm kit never quite gets out of stop-start mode, feeling like an ebb and flow of contrasts more than a proper dancefloor burner. This teasing of a big throwdown that almost never actually happens may be what lends Gens such a headphones-listening appeal for me, cuts like “Sensa” having just enough of a moody flair to complement nods to more overt physicality. Its nervous energy builds gradually with the patience of vintage Aphex Twin, but Gräser is wise to withhold that full-on kick that might push it over the edge as a big PA jam.

With Code, Gräser seemed willing to flirt with his impulses that are less immediate to
the dancefloor mold, but with Gens it feels slightly purer, more personal, less willing to kowtow to convention, even while occasionally steeped in tradition. While many of Gens’ tracks feel slightly more dour or oblique, there are bright spots. “knbn2” prominently features a 90s break over its cyclical phrases and pads, feeling like a direct descendent of vintage rave, touching on the same nostalgia meets contemporary vibe on recent Trip label
offerings. The center of Gens subverts expectations further, with both “Orarum” and “Mora” focusing on synths and atmospheres over the beat altogether. But most of the album drifts in the outskirts of the dancefloor, lending some mixability without ever fully delivering a kick-based groove, instead sometimes feeling shifty or nervous. Without many of the more typical calling cards of the Ostgut œuvre, Gräser here sounds liberated, with Gens having a distinct personality that somehow feels familiar and yet just as often dodges expectations.