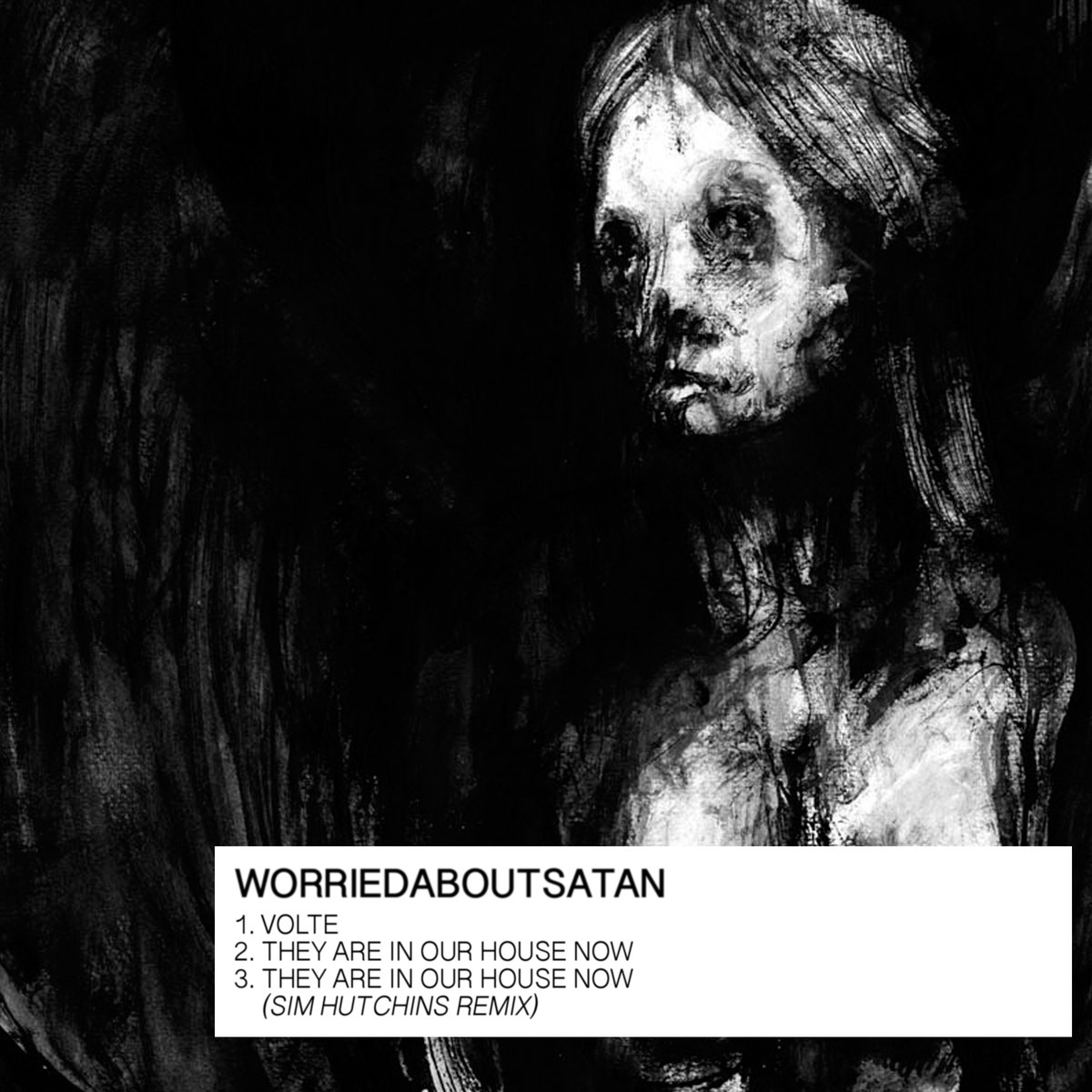 worriedaboutsatan: Volte/They Are In Our House Now / Who Is A Hunter? / Cloaking (This Is It Forever)

At long last, new music from this outfit whose last full-length Blank Tape had a well-deserved mention in Ear Influxion’s Best of 2017 list. (The album is actually dated 2016, but who’s keeping score?) True to that album’s strengths, the music herein splits the difference between cinematic elegance and dancefloor utility, with lead track “Volte” feeling like a distant relative to the melancholic obliqueness of vintage Murcof.

Volte / They Are In Our House Now by worriedaboutsatan

Its forlorn, delicate piano keys complement far-off reverberated punctuations and a steady, insistent minimal rhythm section well, feeling not unlike Blank Tape’s dramatic closer, “From a Dead Man 2.” The other new track, “They Are In Our House Now,” seems similarly dancefloor friendly, but it never delivers a drum track, and that lushness that so well characterizes the project’s output takes confidently to the
foreground. Both tracks could be double their length and I’d still want more — they have an ease of repetition and stride that makes them go down easily. The release includes a bonus remix by Sim
Hutchins of “They Are In Our House Now” which makes up for the lack of beats on the original, with a jerky bass track up against some stabs of sound that lend it a much more aggressive quality. It’s a healthy contrast to the original and feels friendlier for mixing.

Their latest EP contains two new originals and no remixes, and the repetition and minimalism of “Who Is a Hunter?” harness the same strengths displayed on “Volte.”

Who Is A Hunter? / Cloaking by worriedaboutsatan

It would feel right at home in a DJ set by Max Cooper or Blond:ish, its unchanging, quiet staccato bassline punctuating swaths of drones. “Cloaking” revolves largely around continuous arpeggios and long, clean low end tones, again showcasing their knack for gorgeous minimal techno nods without ever resorting to pure utility for its own sake. Highly recommended on both counts.